I demoed Canvas for the first time at the CygNet users’ conference back in 2016. Our user community had been asking us for an updated HMI for a long time, so the initial reception was encouraging, though with a few exceptions (“ugh, is that really the icon you guys are using?” and “it’s so bright, are you trying to blind me?” come to mind). We were excited to get this new HMI into your hands as soon as possible. Well, after two years, a few crises, a disaster or two, plus a handful of adjustments to schedule, requirements, and priority, not to mention my family’s first baby – my awesome son Malcolm – we are finally ready for Canvas’ first release. 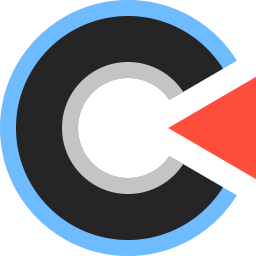 For those of you who can hear us talk about Canvas without rolling your eyes, thank you for your patience. For the rest of you, I hope to be able to re-ignite the passions we saw back in 2016.

So to commemorate Canvas’ release with CygNet 9.0, I wanted to answer a few questions and give everyone a chance to ask their own.

What can Canvas do right now?

It can do a lot of things (certainly more than when I demoed it in 2016!). Here are a few highlights:

What are you going to add next?

We’ve got lots of ideas for new features for Canvas, though we’re always looking for suggestions from our passionate customer base. Here’s what we’re working on next:

Why should I care about Canvas if I’m fine with Studio?

Studio is a pretty great tool. It isn’t perfect, but it usually gets the job done. However it is built on old technology that has hindered us from making a lot of the enhancements that you’ve requested over the years. While our new technology, WPF, has been around a little while, it remains the best toolset for beautiful, powerful Windows applications; we think you’ll like what it can do.

On top of that, we’ve learned a lot about screen building since we designed Studio. Best practices like leveraging relative facility relationships for complex data modelling and using screen templating concepts for easier maintenance and development have been baked into Canvas from day one.

Lastly, it is hard to overstate how much more power you’ll have after switching from VBScript to C# or VB.NET. The languages themselves provide you with so many tools that you’ll wonder how you ever got by with VBScript. And on top of that, you can more easily extend your scripting power with custom or third-party assemblies, and directly access CygNet’s latest .NET APIs. And did I mention you can debug your scripts now without an expensive third-party application? You’re welcome!

How are you going to make it easier for me to migrate to Canvas from Studio?

We totally understand that the prospect of re-writing all your beloved Studio screens in Canvas can be a daunting one. We hope there’s a tinge of excitement as well; just think of all the cool new stuff you can do with these new tools. But, since a blank slate can be intimidating, we have a few ways to help.

First, if the .NET languages are intimidating to you, fear not! Though C# was the top requested new language from our users, we were adamant about including VB.NET as well since it supports all VBScript syntax (yes, even some of the bad stuff!). So you don’t have to learn a new language just to use Canvas; your Studio/HSS scripting skills will continue to serve you well.

Second, Canvas supports viewing all Studio screens. So even if you just wanted to use the Canvas application framework with all your existing screens, you could start that now. Editing Studio screens remains a function of Studio exclusively, but using Studio screens (in run-mode) is fully supported in Canvas, including hyperlinking from Canvas screens to Studio screens.

Last, we are working on some migration tools to take some basic properties of Studio controls and use them to populate a new Canvas screen. More to come on these features as they develop.

Where did you get your awesome new Canvas logo?

Since it has been in development so long, we wanted a fresh look for Canvas when it released. To that end, we went back to the drawing board. We started with the familiar shapes of Studio’s icon: the white circle, the blue square, and the red triangle and played around with versions of each. The careful observer might see a few of those shapes lingering around in the final version.

Evolution of the Canvas logo

OK, you have my interest. What now?

We’d love to start having concrete conversations about Canvas running in the real world. If you want to start working with Canvas’ new features, it is available as part of the CygNet 9.0 release. We’re happy for any feedback you have; send it in via Support, comments here on the blog, or email me directly at walter.goodwater@weatherford.com. We’re especially interested in talking about the process for migrating from Studio to Canvas: what necessary features are still missing? How robust should our migration tools be? How much do you want to duplicate your Studio screens and how do you want to use this as an opportunity to re-think your screen design? Most importantly: How can we make the whole process as painless and awesome as possible?

Thanks for reading through our re-introduction to Canvas. We know we still have a long way to go to fully replace Studio, but we think with your patience, expertise, and feedback, we can get there and more.

If I didn’t answer your burning Canvas questions, use the comments section below.